The last week in April I had a chance to spend a few days roaming through the Sandhills of Central Nebraska. The main goal of this trip was to record sounds without any “Human Noise Pollution” and to capture images of the Milky Way.

With the truck loaded with gear I headed 185 miles Northwest out of Omaha to Burwell, NE which sits on the Eastern edge of the hills. As you drive west the landscape changes from farmland to the rolling dunes of sand covered in brush, shrubs and cactus. 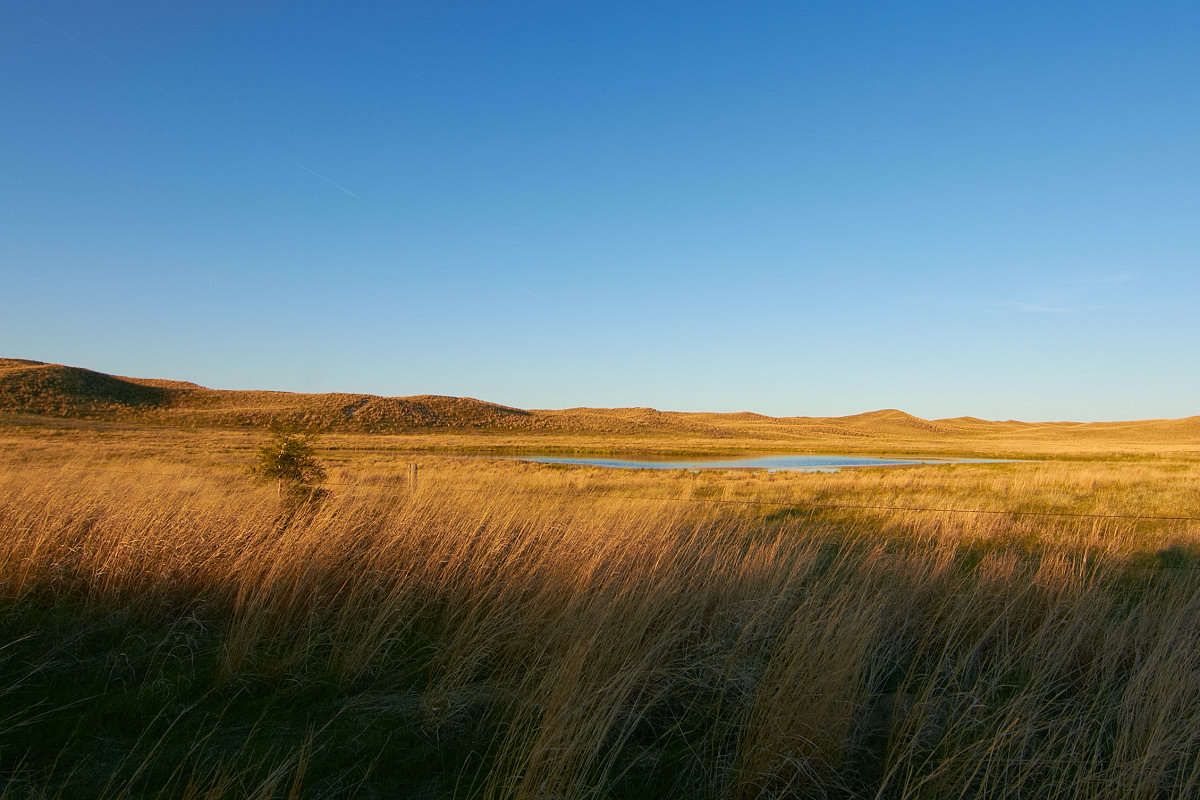 I spent the first night 40 miles north of Burwell parked on a deserted road next to a pond teaming with wildlife. As dusk approached waterfowl flew in to feed and roost and the frogs started their familiar tunes. I set the mic up next to the edge of the pond in a blimp and let it record for the night. 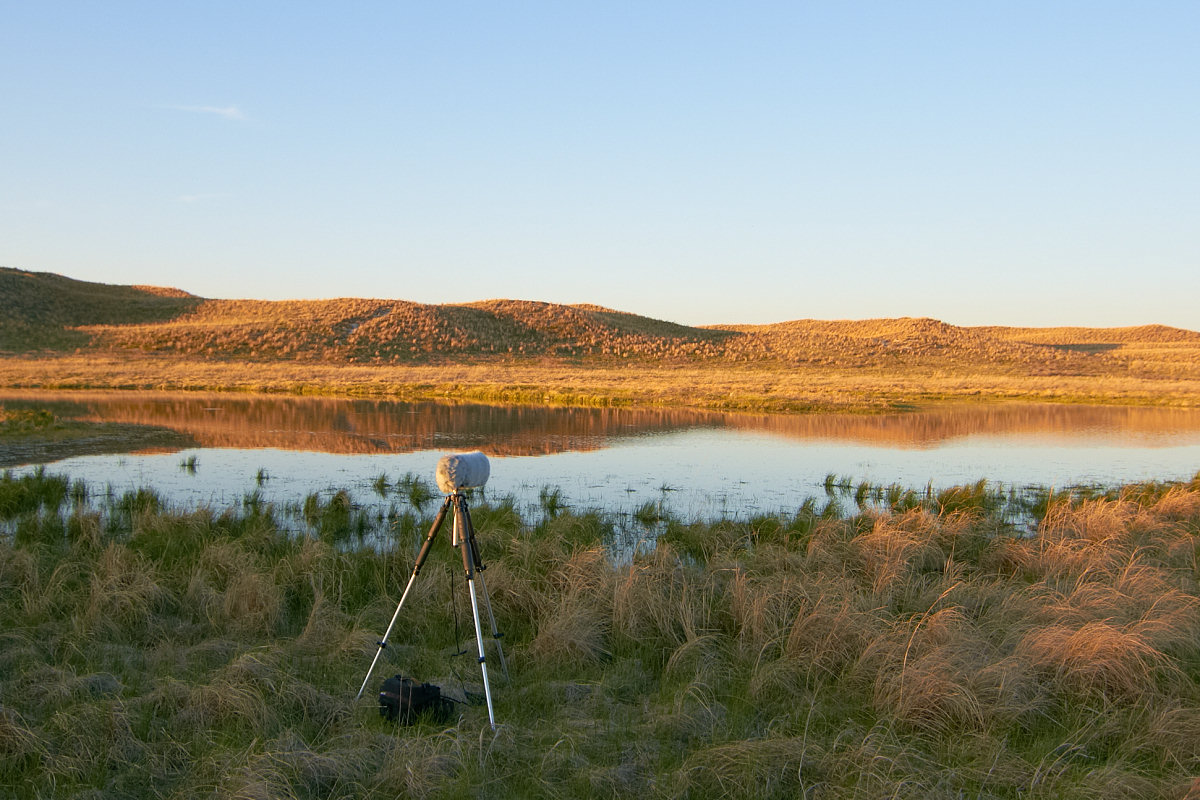 Field Notes:
This is a sample recording from the first night in the hills. I set the equipment up just before dusk and let it run all night. Sounds of Meadowlark, Coyote & Geese can be heard along with the many different species of frogs. Record levels were set at 6.

Sounds of the Sandhills Sample:

Once I had the recording equipment up and running I started setting up the camera gear to shoot some time-lapse photos of the Milky Way. One of the main reasons for traveling to the sandhills was to get away from the light pollution of the big city. Central Nebraska is one of the few places left in US with the least amount of light pollution.

At this time of the year the Milky Way starts creeping over the Eastern horizon around 1:30am. I had all my camera gear set up and ready so when I awoke all a had to do was plug in the external battery, align the horizon and start shooting. On this particular night it got below freezing so I had to take extra precautions to make sure the battery didn’t freeze. 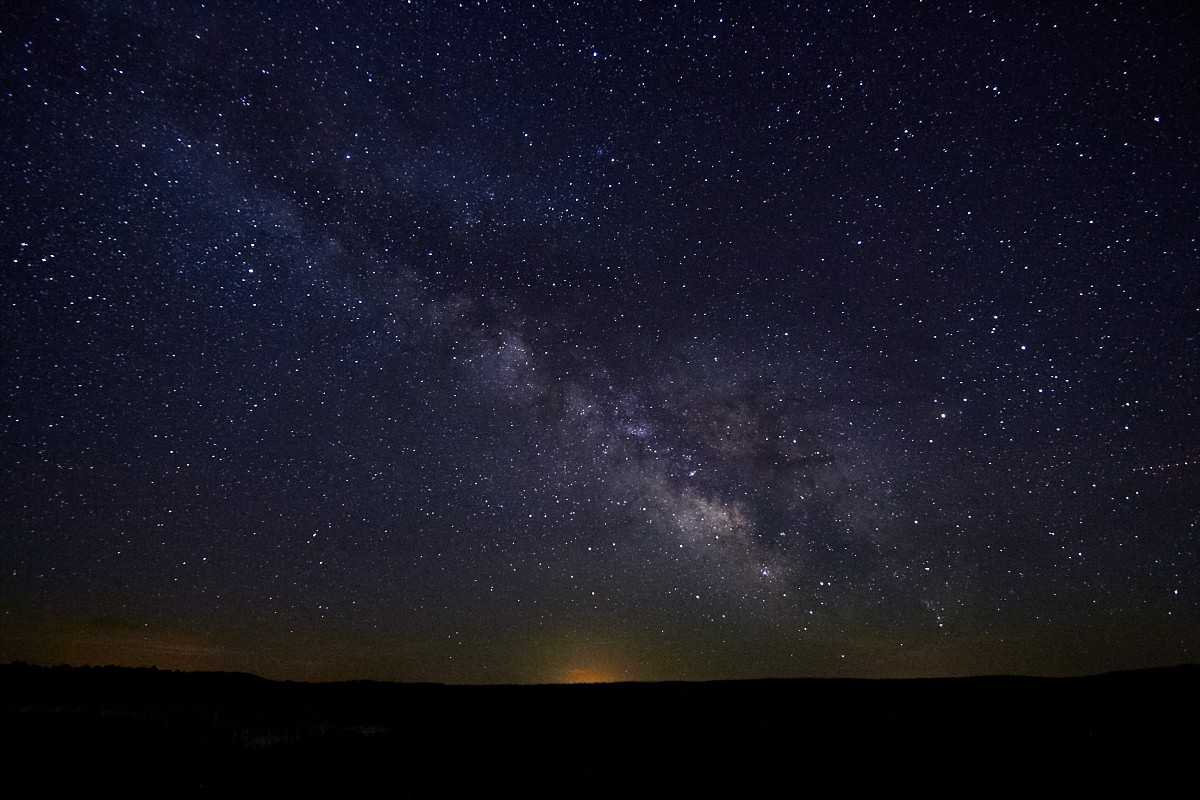 I had a few problems when I started shooting. First off, the cable connecting the Sony battery plate to the dummy battery wouldn’t make a good connection do to the cold weather. If I wiggled the connector it would intermittently make connection so I wrapped it in electrical tape and all was fine. Also, I had forgotten to cover the intervalometer so it got moisture inside and froze up… ooops! I had some hand warmers, one I wrapped around the Sony battery and the other I rubber-banned to the bottom of the lens to keep the dew away.

Doing time-lapse photography is both tedious and time consuming. For every one second of video you want to make of a time-lapse you need 30 images. To get the shots I needed for the Milky Way I had the camera set up to for a 30 second exposure at 3200 ISO with a 2 second interval. So, for every 1 second of video it will take approximately 16 minutes. To get a 10 second video clip it would take 2.6 hours of time-lapse photography… boring!

The next day was spent driving through the back roads of the Sandhills. As you can see from the picture above it’s a desolate, lifeless landscape dotted with dunes and brush. Then, like an oasis, there’s a pond teaming with wildlife! 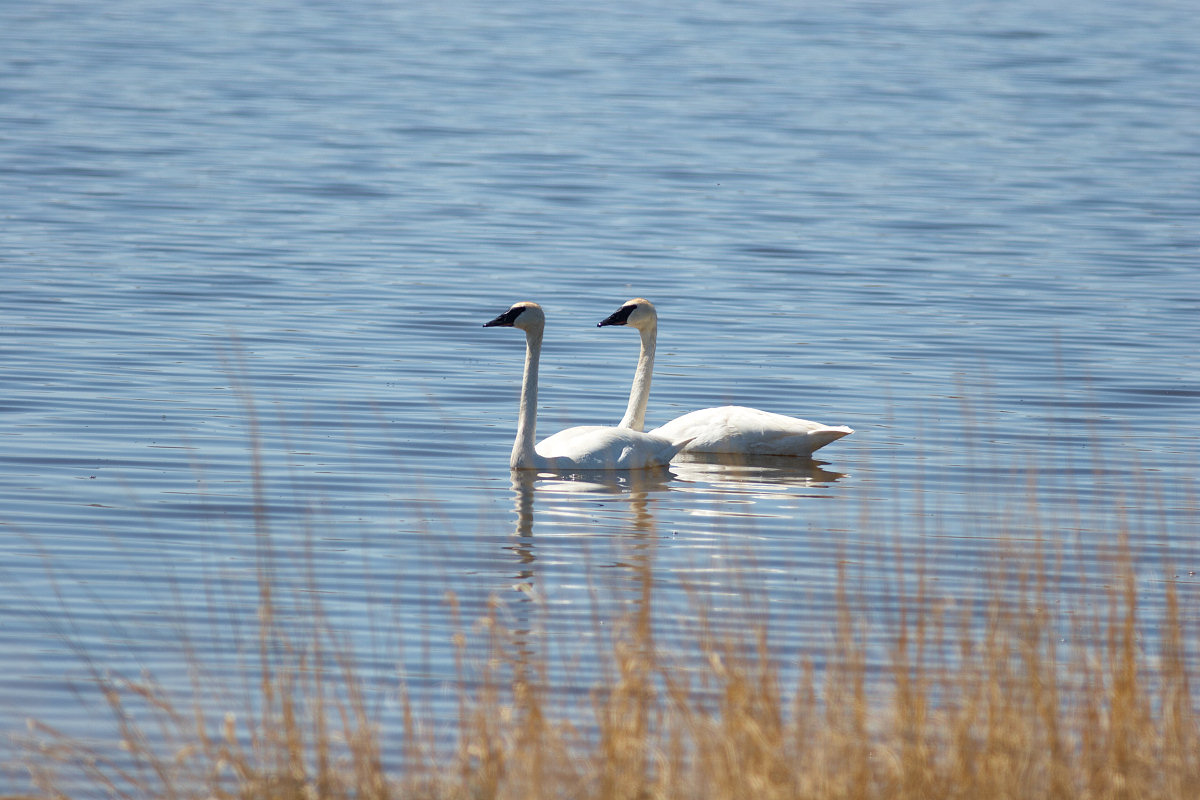 Oh, and the occasional cow… 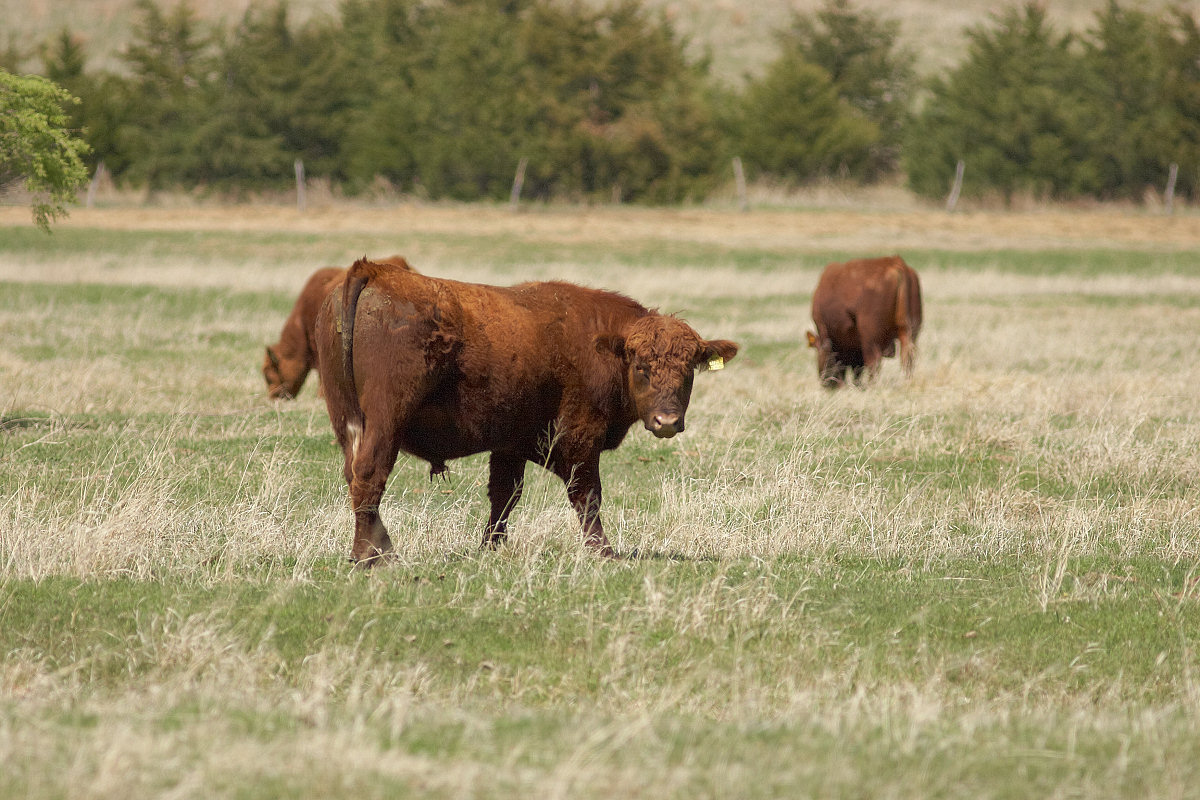 and more windmills than one person would of ever thought existed! 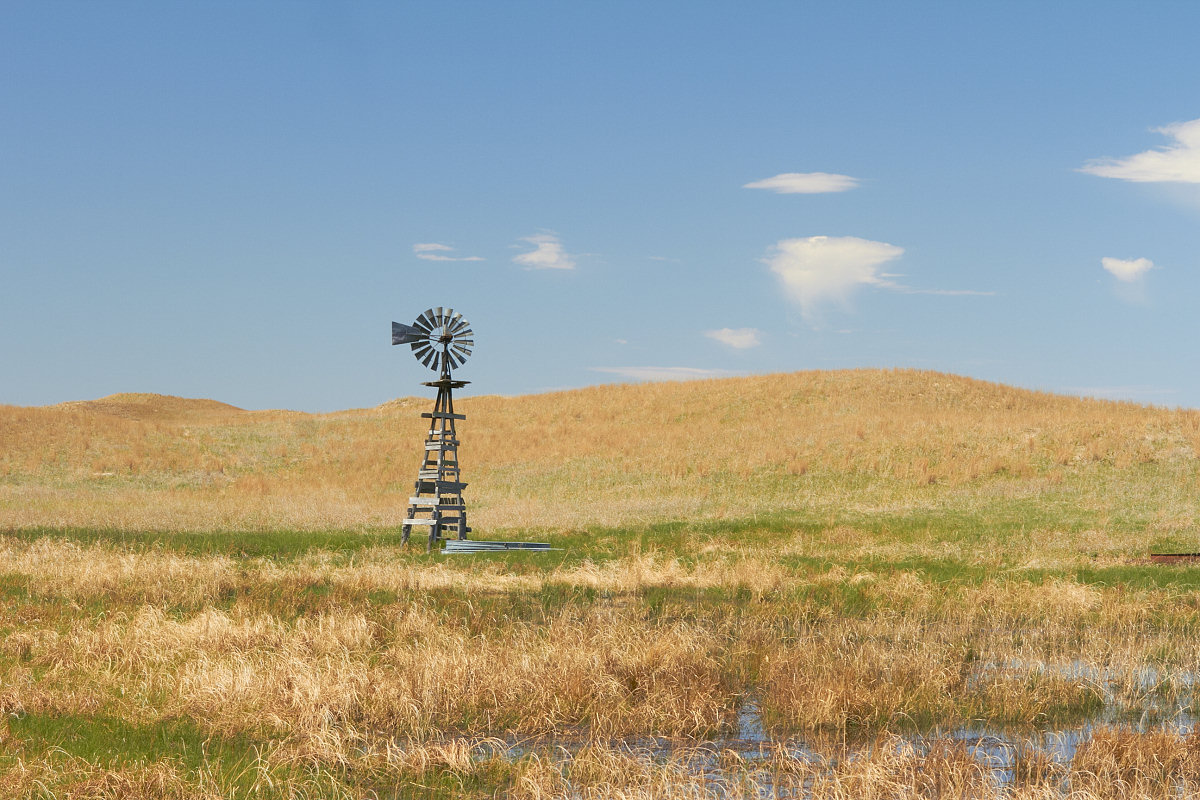 Then, rising out of the desert of sand dunes is the Nebraska National Forest… Pine Trees as far as the eye can see! 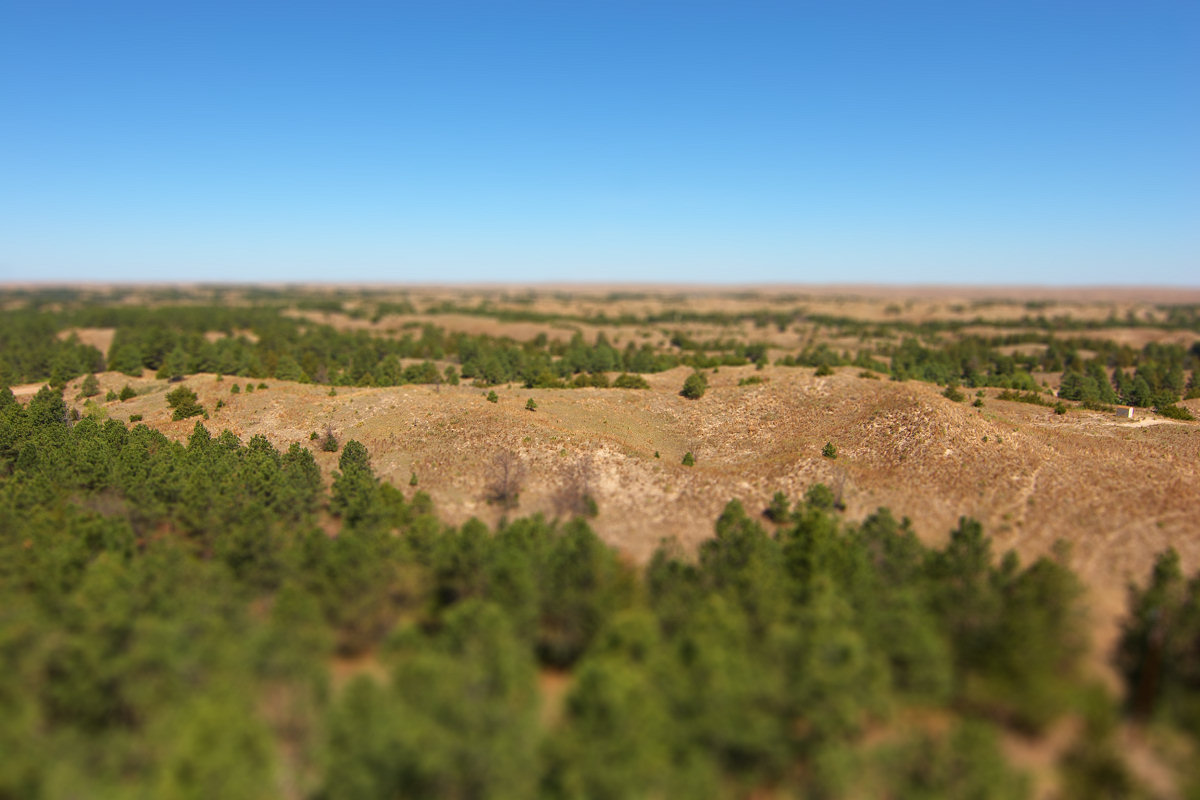 Out in the dunes you do run into the occasional tree… 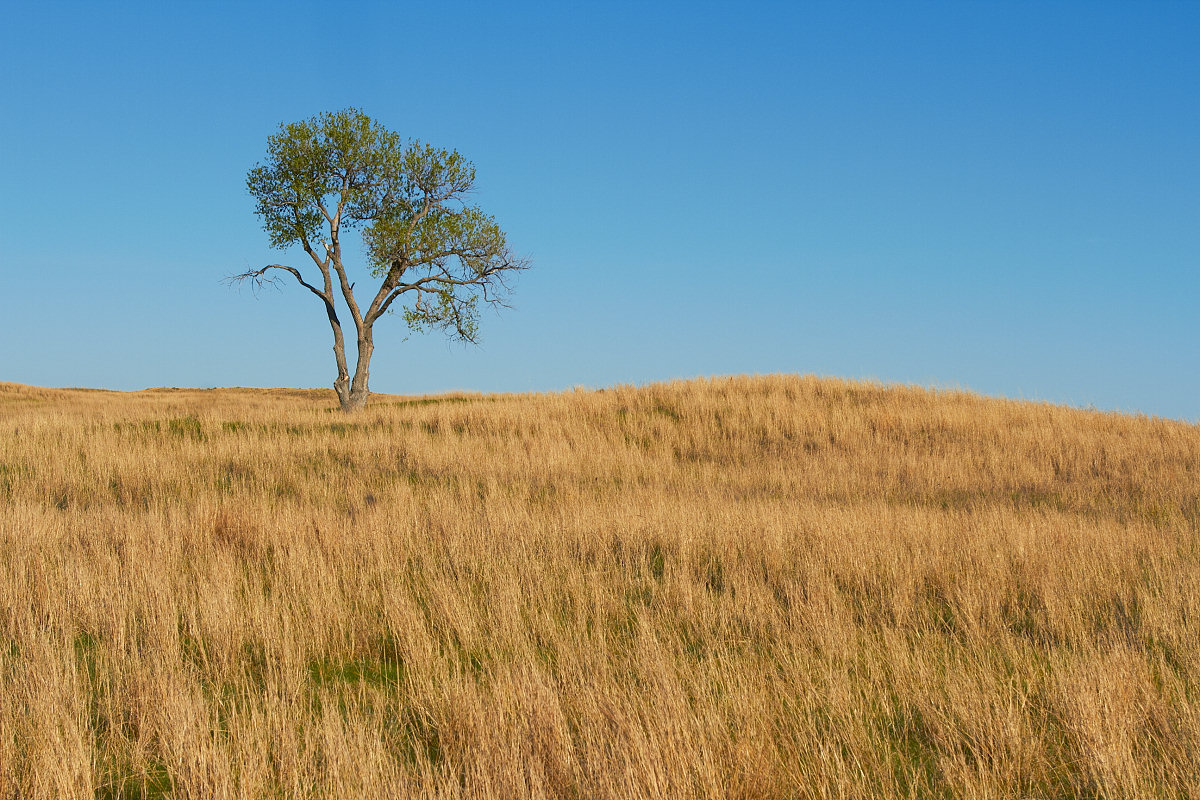 Lonely Tree on the Hill

Most of the trees end up like this one… 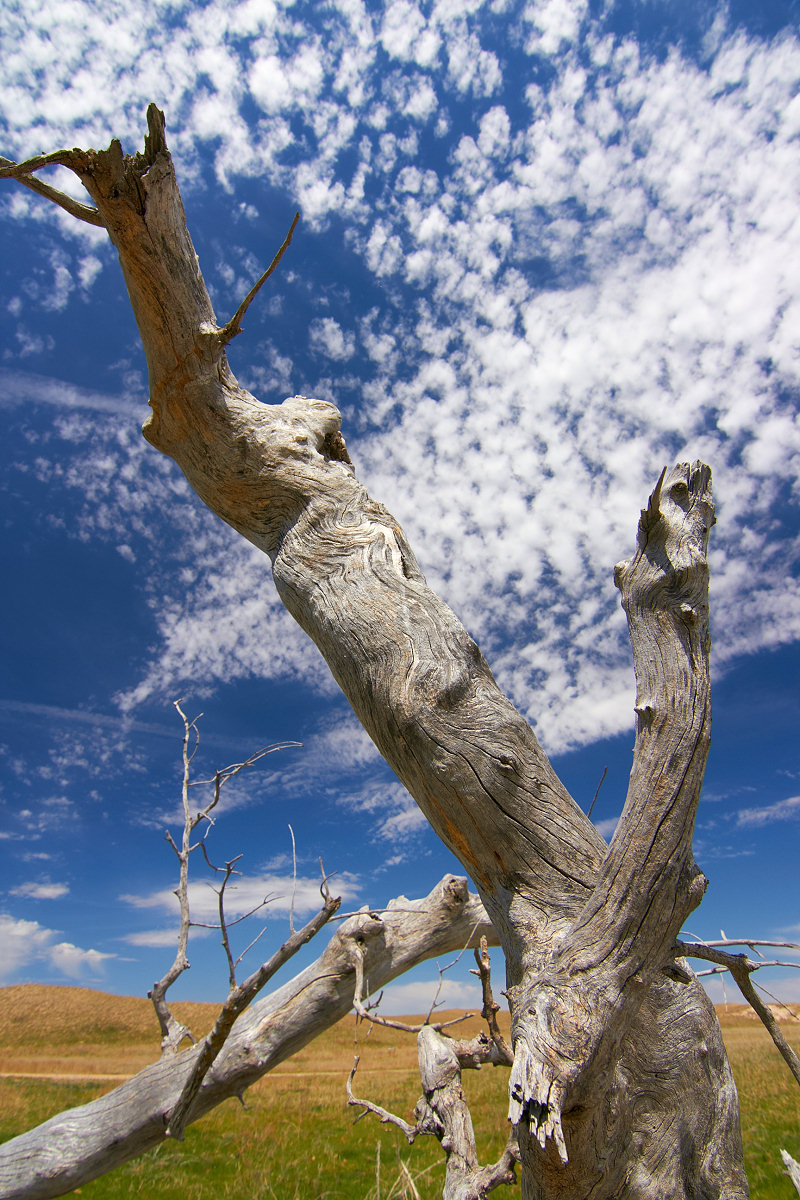 After spending the day crisscrossing central Nebraska I ended up back where I started but deeper in the hills North of Burwell. Again, I found another deserted road with a pond teaming with life and set up the audio recorder to capture more sounds. 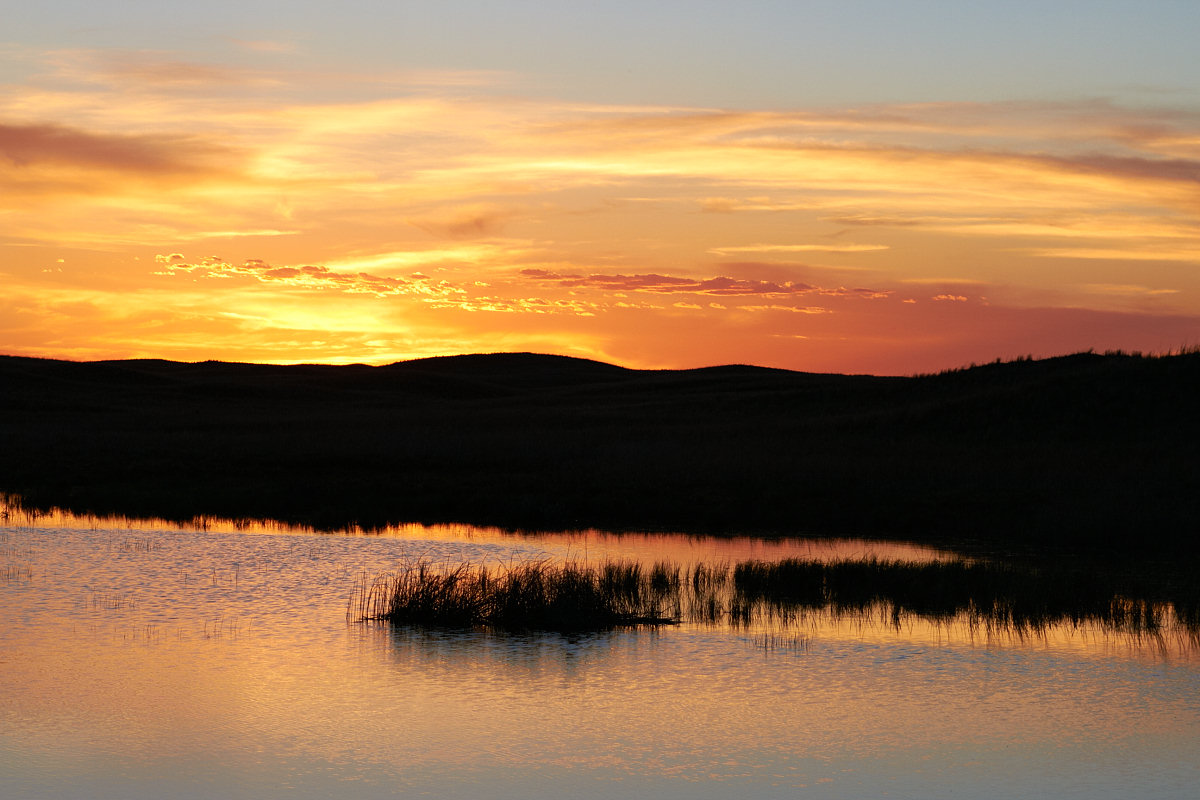 Another beautiful Sunset in the Sandhills

This night treated me to something very special when I woke up to do more timelapse of the Milky Way! 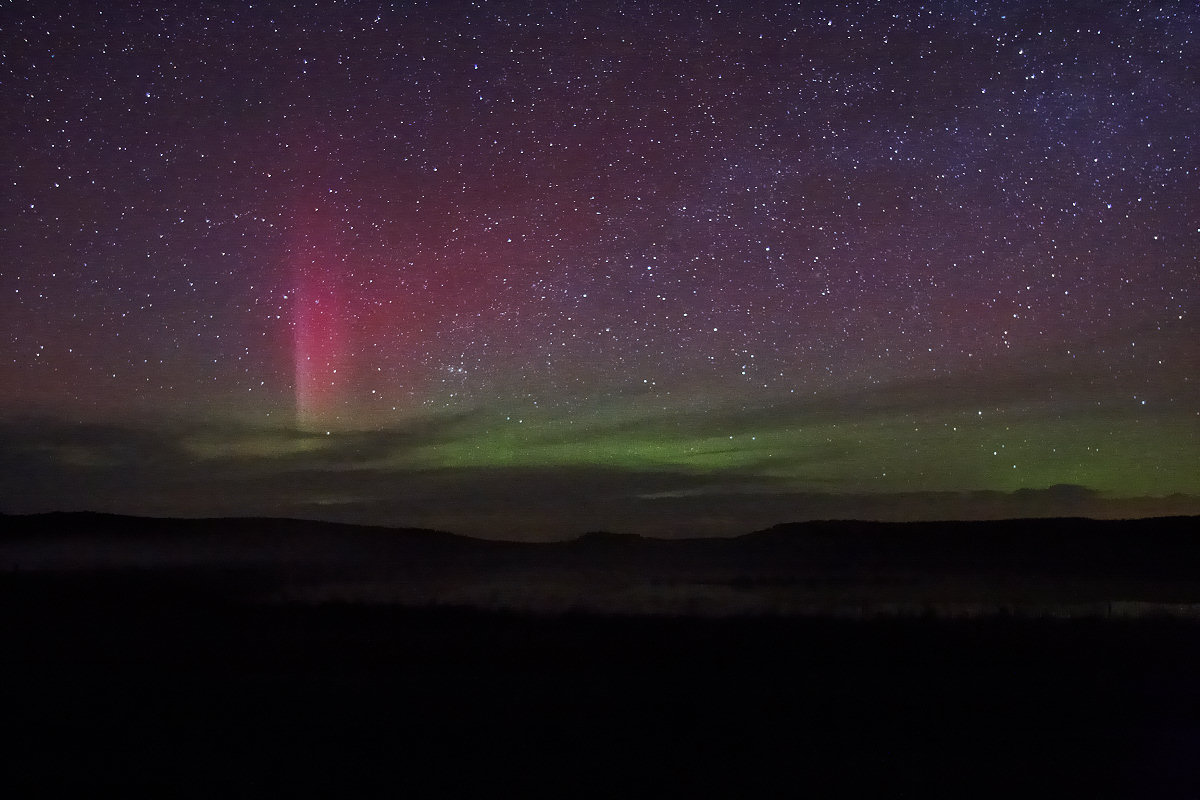 Off to the Northwest I could see a dim light on the horizon, kind of like how the moon looks after it sets. I knew it wasn’t the moon and there’s no major populated towns within 60 miles of me. As I starred at it for a minute or two I started to notice the light dancing on the horizon! It’s a very rare occasion to actually see the Northern Lights in Nebraska. We sit at Latitude: 41° which is at the southern most latitude for seeing the norther lights and unless it’s a unusually strong solar storm, people in the Eastern part of the state (ME!) stand no change of seeing one.

I had already set up the camera equipment to do time-lapse of the Milky Way so I turned it north and did a quick shot of the northern sky and sure enough it was the Northern Lights! I quickly got my other camera out and set it up to do a time-lapse of the northern sky but by the time I had it up and running the show was over… bummer! I’m still excited to at lease gotten 6 good shots of this elusive display of mother nature.

The second night of time-lapse was warmer but a new set of challenges arose. With warmth comes dew and low laying fog which is exactly what I had. Because I set up next to a pond for sound recordings, this same pond also produced extra moisture in the air. There was also a cloud bank off to the north, which you can see in the “Northern Lights” photo above. This slowly moved SE throughout the night and obscured the time-lapse a little as you’ll see in the video.

I have lived in Nebraska all my life and this was the first time I had visited the Sandhills since I was a child. It’s truly amazing the beauty that exists only a few hours away from home and how close we were to loosing it. In early 2011 the TransCanada Keystone XL Pipeline was scheduled to be placed right through the middle of the Sandhills, the U.S. largest wetland ecosystem, and one of Americas largest natural resources… the Ogallala Aquifer! The major concern is that the pipeline could pollute air, water supplies, harm migratory birds and other wildlife. The environmental and economical impact of a major oil spill would be devastating! With the support of environmental groups, citizens, and politicians including the president, we were able to temporary stop the construction of the pipeline.

If you ever find yourself traveling across “Flat Water”, the Otos Indian word for Nebraska, take a few hours out of your trip and go see the beautiful Sandhills… one of Americas true Last Frontiers!

One thought on “Sights & Sounds of the Nebraska Sandhills”