After two years of capturing just the right train sounds, I’m glad to announce the release of:
“Distant Trains Echoing in the Rain” Vol.2 & 3

This all started when I posted a sound video on YouTube “Distant Trains Echoing in the Rain” back in 2012. I’ve been a lifelong rail buff and have recorded countless hours of train sounds but most of my recordings were sounds of locomotives close up “in your face” type of recordings (not very relaxing for many).

Right away I started getting requests (lots of requests!) to buy this recording but never offered it for sale because of its short play time… this is when I started my new train sounds project.

To get theses type of train sounds it takes just the right condition a certain time of year, usually late fall when the air is dry and cool so sound travels far distances and all these recording were made at night usually in remote locations. It takes several hours of raw recordings and a weeks worth of post production to make up a one hour finished soundtrack. 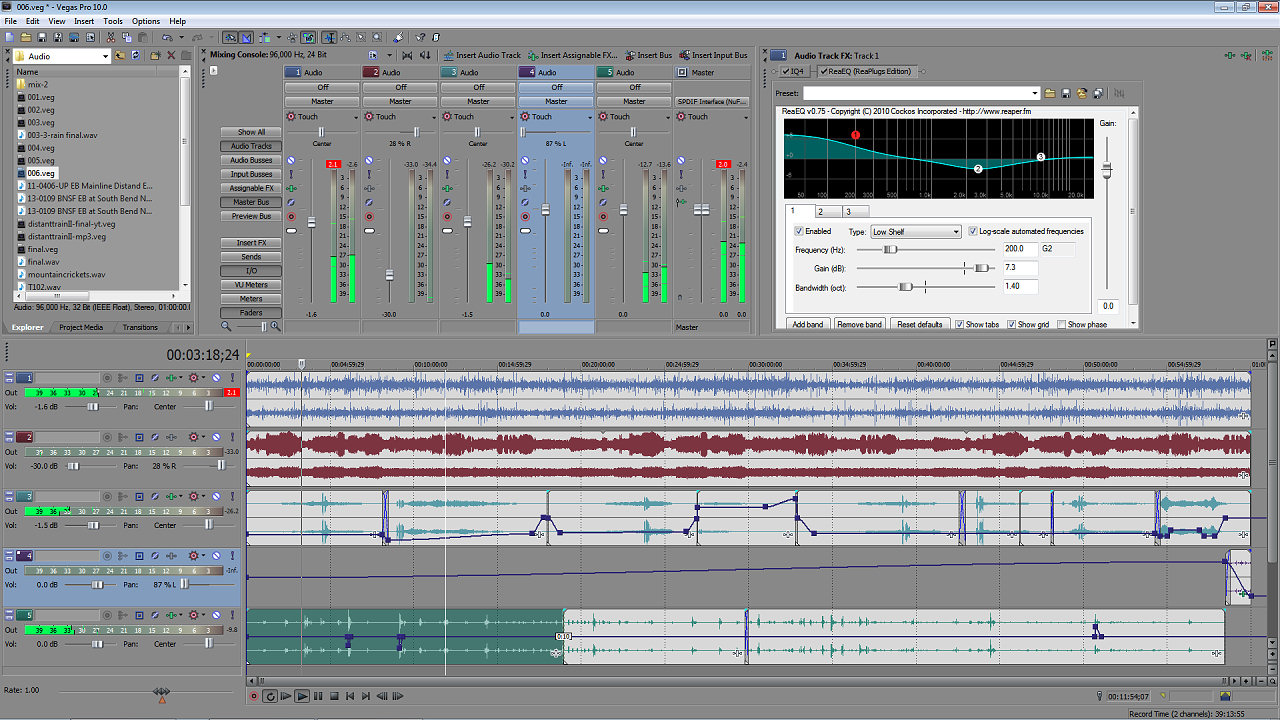 Most of my NatureScape series recording are pretty straight forward in post production… check for any obvious annoying sounds… clean up any background noise and produce. My SoundScape series like “Distant Trains” requires quiet a bit more work! 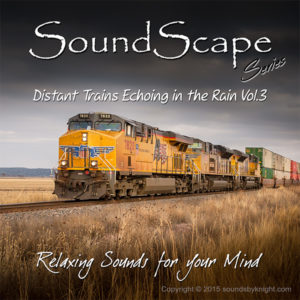 First I pick the ambient background sounds (rain, crickets etc)… add in some thunder then start layering in the train sounds. Each train sound is different in loudness and background noise and all have to match. I may listen to a half dozen train sounds to find the right one to match the rest of the soundtrack. From there it’s a matter of getting all the train sounds arranged in a pleasing manner and leveled to match… this is what takes the most time to produce.

Once I have everything in place I listen to the full soundtrack several times making sure I like the whistle arrangement and tweaking the levels to balance everything out. When I’m completely satisfied with the track it’s rendered out to the different formats and a full length video sample is made.

Here’s a sample of Distant Trains Vol.3 for you to enjoy from our SoundCloud page…

I hope this gives you a little insight into how I go about creating and producing my SoundScape Series recordings!

I really enjoyed making these recordings and hope you enjoy them too!
As always, please let me know what you think.
Brian Knight